The Rhine with the IJssel branch, the Maas, the Scheldt and the Ems form a large delta in the Netherlands. The battle against the water already started in the 10th century. First with the taming of the rivers and the tides, then by land reclamation.

The mill played an important role in this. There used to be more than 10,000 mills in the Netherlands. Most were built for sawing, pressing, grinding, etc. Our mill is a “polder mill”, designed to pump water.

To give you an impression, the Netherlands has around 4000 polders. Many are small, there are also some very large ones. The Netherlands has since been covered with an automatic system of pumps that transport excess rainwater to the sea via ring sails.

A negative side effect is that polders and land reclamations tend to settle. That also happens with an average of 1 centimeter per 5 years. Now you understand why it is that the Netherlands is around 60% below sea level.

The Molen van Sloten, a polder mill with auger, assists with the pumping of the “Former Sloterbinnen- and Middelveldsche-Combined Polders”. Depending on the summer or winter, the water level of this polder is -2.10 to -2.15m below sea level. 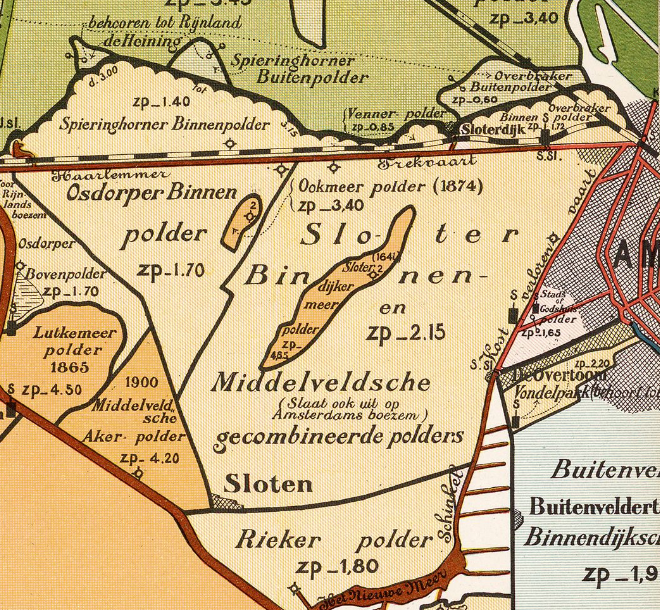