Ships in the museum

The Dutch are known for building ships. Many ships were needed for the voyage of discovery and especially for trade, which led to a thriving shipbuilding industry.

One of the volunteers, Willem van de Water, has been busy for years with the detailed reconstruction of these ships. The Coopery Museum is very grateful to him that his ships can be exhibited.

The Seven Provinces (1665) and the Dutch Tweedekker (1606) played an important role in the battle against Spain, France and England.

Vessel types such as the botter and the Antwerp Knots have been a part of the fishing fleet throughout the centuries, including a model of a Tholen Hoogaars, the Visschuit van Pernis (1752). 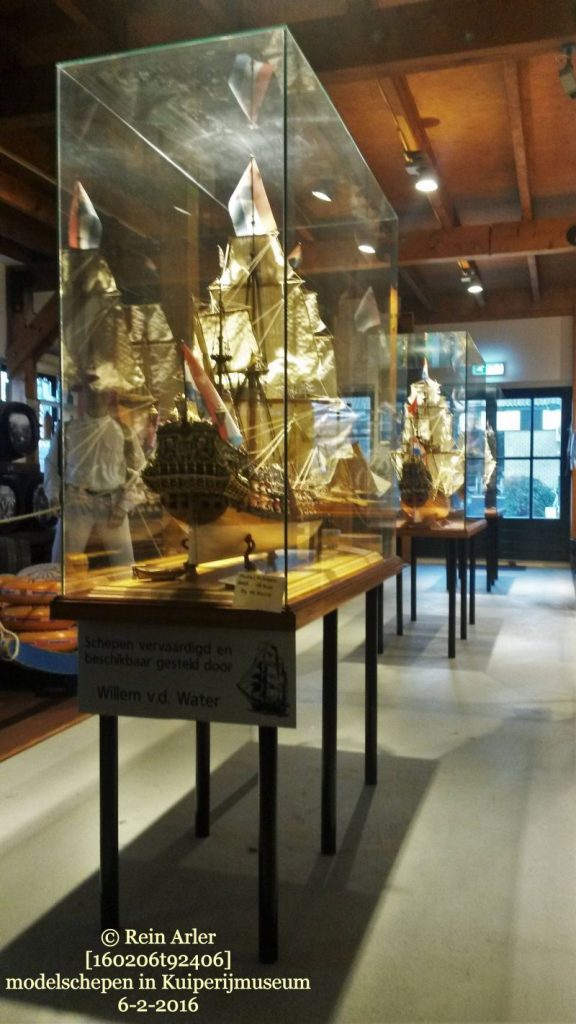